Egypt always fascinated me. I've been there twice and I could not get enough of those impressive buildings and treasures. Fortunately I had a wonderful guide who patiently explained to me everything I always wanted to know. Thank you so much for this, Tarnim.

On this page you will find all kind of egyptian treasures, single objects, sets or houses - like further in my Yahoo-Group; more Egyptian treasures can be found there ;)

Singles
Sandstone Walls
These walls are perfect if you want to create your own temple or tomb; some of them match the murals below in color and brick size
Sets
Murals 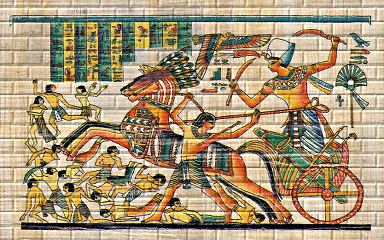 Ramses on his Warrior Wagon (3-tiled) 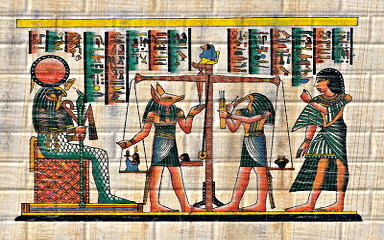 Pharo in front of Anubis and Horus/Osiris (3-tiled) 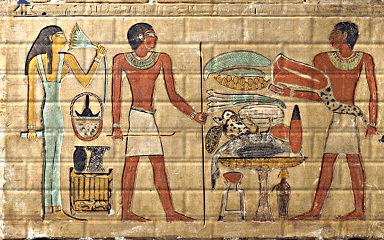 Original Motif from the tomb of Cheti (3-tiled); a plain version (no stone pattern in back) can be found at my Y-Group 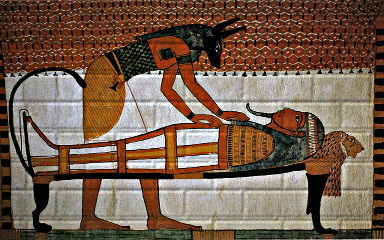 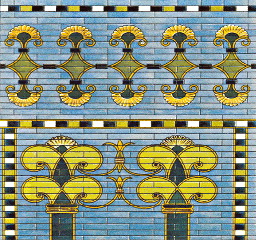 Amshere (Am Shere)
Those who know the movie "The Return of the Mummy (TM)" might remember that beautiful oasis, given to the Scorpion King by Anubis, the ancient Egyptian god and caretaker of the death.
Well, of course Am Shere is just fiction (sure, it's been erased in the movie ;) ). But it inspired me to create an oasis, dedicated to Anubis and Chnum, both ancient Egyptian gods.

This is not a complete lot, but a large set, consisting of 11 water lilies (= Lotus flowers), 2 palms, 2 Anubis statues, 1 statue of chnum, a Hathor column, a waterfall, an obelisq and finally a statue of Thutmosis.
And again, I invite you to let your imagination run wild and build a landscaping of your own with those objects. Simply click on image to download the whole set. Single downloads might follow at a later date.
Enjoy! 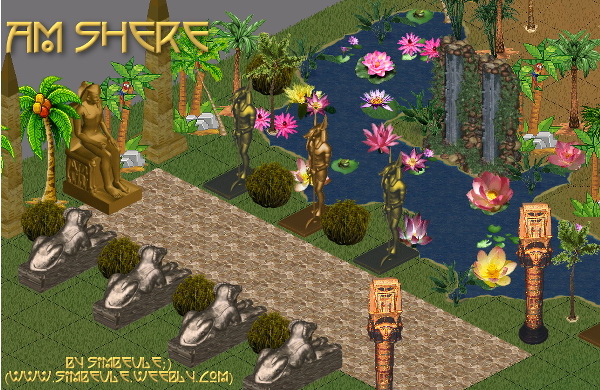 Deir El Bahira
More than 3.000 years ago, during her period of regency the Pharaoness Hatschepsut built a temple in the desert of Deir El Bahari. Because of it's terrasse styled architecture it was unique in ancient Egyptian history.  Unfortunately, most parts of the temple have been destroyed by her stepchild and successor Tuthmosis III. immediately after he started his regency, out of hate of his stepmother. The rest has been destroyed by Ramses II during his regency. Not a lot of this temple has been conserved until today, because many parts of the temple building have been "occupied" by other Pharaos to be used for other builds.  Still this monumental building is impressing, once you have seen it.

This is just a fair re-construction of the temple of Deir El Bahari, of course not free from imagination, since only few material can be found of how it once must have been looking once it has been built, and of course because not everything is possible in the game. One of the halls in the temple has been dedicated to her Punt Expedition, apparently filled with treasures she brought from there.
You won't find a lot of furniture in it, since it is - well - a temple, and since there are many creators who made wonderful egyptian furniture you can fill this house with.  Of course, I am planning to make several roomsets matching this temple, but at a later date.
Most of the objects here are build stuff and a lot of authentic murals, not all taken at Deir El Bahari, but from different ancient egyptian tombs and temples. All of the objects used in the house can be found in the zips below, except the wildflowers I used to decorate the counters, the papyrus plant in the ponds, and the tiled floor file used in the sanctuary (first floor).  You will find the wildflower and the Papyrus plant here on this page under Plants. To avoid a "missing objects" notice download it from there. But of course you can take every other decoration as well ;)
Now, let your imagination run wild and fill this temple with all that fantastic treasures you can find out there to your heart's desire and make this place comfortable for your Sims.
The Lot 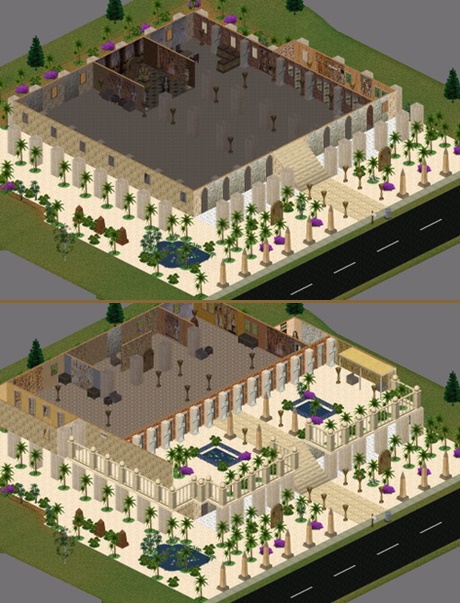 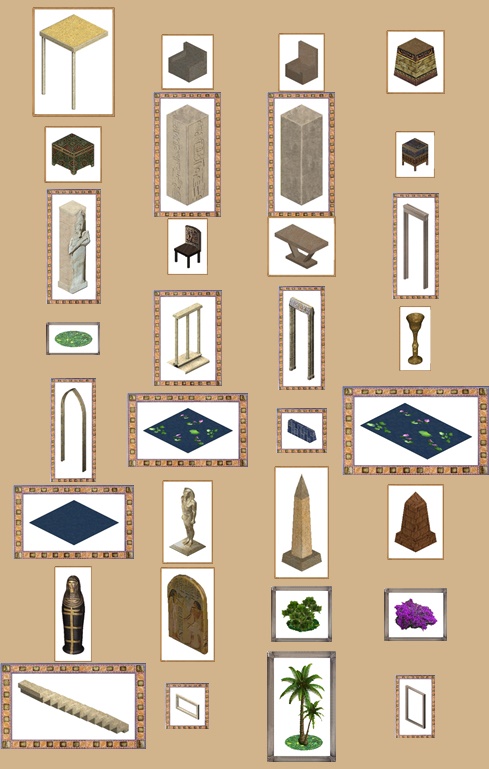 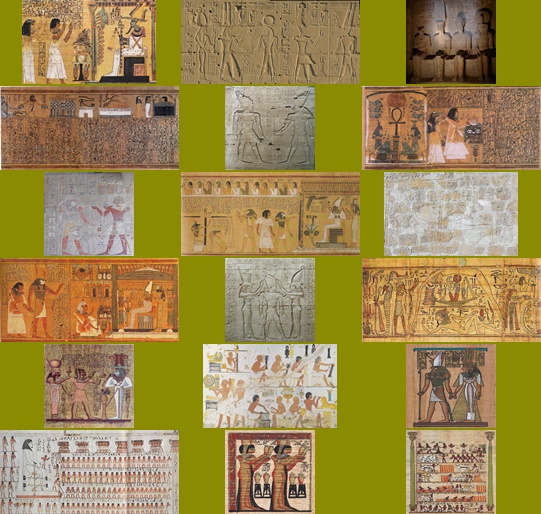 All murals used on the lot in one ZIP